Is there an insurance adjuster in the house....?

I read in the paper the other day about a woman who had to be rescued by helicopter from a ledge on one of the the hiking trails near Sedona. She had been on the ledge for about 30 hours, before a crew got to her.  She was lucky. She might never have been found, if it weren't for the fact that she was supposed to check out of her hotel the next day. When she didn't, staff checked her room. They found her belongings, including her cell phone and keys. Someone remembered her asking about hiking trails in the area, so they called the authorities.

She was also lucky that a dog, Pebbles, heard her cries for help. His owners were within "hearing distance" and were able to give her coordinates to the helicopter rescue team. As it turned out, she was the chief Ophthalmologist at Toronto's Sick Children's Hospital. This is a smart person, but I think that there were several things that she had overlooked.

1. She went hiking alone.  This is a little like swimming alone - not a good idea.

2. She failed to take her cell phone with her. Now it might not have worked in a remote area, but there still might have been GPS functioning and someone might have been able to track that.

3. She had somehow gone off the main trail - also not a good idea, especially alone.

4. She didn't take water with her. 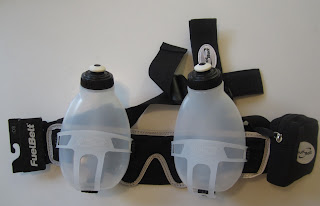 I do hope that she had taken out travel insurance before leaving Canada, because she may be billed for the rescue. More and more authorities are recouping their costs by asking, for those needing their services, to pay.  Then again, I wonder to what extent travel insurance actually covers this type of situation and whether there might be "riders" suggesting that if the incident is your fault, you won't be covered.

I know that a lot of people don't bother to take out travel insurance. However, it is a small amount to pay, to cover what could be huge costs, should your plans change. When the volcano erupted in Iceland a few years ago, a lot of people had to make alternative arrangements. My neighbours were in the Czech Republic at the time and were virtually at the airport, when their flight was cancelled. Everyone was scrambling for train tickets. The overcrowding was horrendous. They finally got a train, with standing room only, to Calais. The journey took well over twelve hours. Then they had to cross the channel. All of those trains were full. My neighbour spotted a guy in the line to the ferry with an empty van. She asked if she, her husband and daughter could hitch a ride with him to London. They had to get to London a.s.a.p. because their daughter had to resume her teaching job there the next day. He agreed, for a small sum.

Once in London, they had to make alternate flight arrangements to get to Canada, as soon as the planes were allowed to fly - of course everyone else was doing that too.  They had insurance and got a lot of their expenses back. Others were not as lucky.

I guess that I am a "cover your downside person." I always take out a lot of insurance. I am well aware that the "axe man cometh."

Have a wonderful day!!
Posted by Carol Tomany at 9:24 AM