I often think of living the life of a nomad - a little insane maybe. I dream of walking the Camino and I post about a friend who is riding a motorcycle out to BC to see her grandchildren. I am not alone in this desire for freedom. Several people I follow, often post about living on the open road, being free to go wherever, whenever. These people are not unlike the Tom O' Bedlams in my previous posts. They may not necessarily be "insane," but they are driven to wander. Ironically they are all female.

I felt that I needed a poem, about nomadic life, with a woman as the main character. Here is a favourite by John Keats. I think that Meg may be the female equivalent of Tom O' Bedlam.

Old Meg she was a Gipsy,
And liv'd upon the Moors:
Her bed it was the brown heath turf,
And her house was out of doors.
Her apples were swart blackberries,
Her currants pods o' broom;
Her wine was dew of the wild white rose,
Her book a churchyard tomb.

Her Brothers were the craggy hills,
Her Sisters larchen trees—
Alone with her great family
She liv'd as she did please.

No breakfast had she many a morn,
No dinner many a noon,
And 'stead of supper she would stare
Full hard against the Moon.

But every morn of woodbine fresh
She made her garlanding,
And every night the dark glen Yew
She wove, and she would sing.

And with her fingers old and brown
She plaited Mats o' Rushes,
And gave them to the Cottagers
She met among the Bushes.

Old Meg was brave as Margaret Queen
And tall as Amazon:
An old red blanket cloak she wore;
A chip hat had she on.
God rest her aged bones somewhere—
She died full long agone! 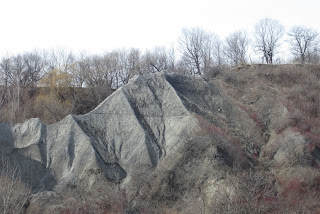 "Her Brothers were the craggy hills, Her Sisters larchen Trees -

Live free - have a great day!!