I can't remember the exact day that they chose the new pope, but I think it was last Sunday. So today is Saturday - just a week later and Demeter, a fragrance company, has just launched a new scent, "Holy Water."

Perhaps the company started experimenting back in mid-February, when the last pope said he was going to resign - that still just leaves a month to do all the work of bringing out a new product. And why they needed a new product is beyond me, because they had 278 scents already. Among them were the predictable - Sea Air, Clean Linen, Apple Pie, the unusual - Thunderstorms, Laundromat, Funeral Home and the shocking - Kamikase, Earthworm and Zombies. There were even 5 different scents for variations of "Sex on the Beach" - go figure! 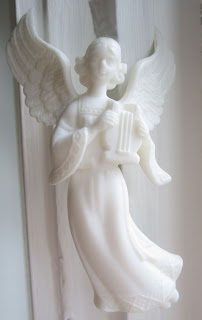 Anyway "Holy Water" is supposed to smell like a church. The author of the article in the Toronto Star, Leanne Delap, said that, "it smells as though you have just walked into an ancient chapel in the South of France, complete with polished wood and sun-warmed porcelain." It sounds wonderful for a mere $20.00 an ounce. 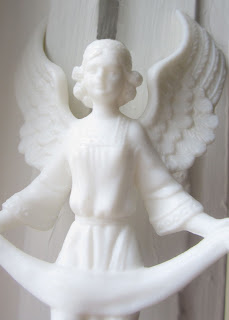 The pictures ? - well "holy tap water, Batman," although there were perfumes for "Angel Food," there were no scents specifically for, or related to angels!! What would angels wear? - something crisp like the clear frost of a starry night? or gentle, the soft down of misty clouds perhaps? - or maybe something powerful like the rush of wings, mixed with the thrill of a mass choir!!

I must contact Demeter a.s.a.p. with the idea - imagine a perfume that's out of this world!!

Have an ethereal day!!!
Posted by Carol Tomany at 9:22 AM