So "gravid" and "aracana" duked it out on www.onelook.com and it seems that "arcana" won for the word of the day - Feb 20, 2013. "Arcana" is the noun and "arcane," the adjective. The original internet language, HTML, is often referred to as an "arcane" code.

Arcana/Arcane means mysterious, difficult to understand, awkward. HTML is all of this and more. Anyone who has set about to create a website has run into HTML. It is long. It is laborious. But it is apparently easy to index on the receiving end, and therefore it was used by the government group, that started the internet.

I created one of my fist websites in 1995 in barebones HTML - hypertext markup language. It seems such a long time ago - almost 20 years and still very little has replaced it.  I am now working on a site in "Buddypress" and I have to go back to those barebone days and write a lot of code so that I can change the font, for starters, in the "theme" that I am using. "Sigh"

I didn't have a picture for HTML - more textual that graphic :) So I went back to Onelook and found that one of the words in contention today was "sapid." It means tasty. OK I should be able to find something "tasty" in the house to photograph. Some definitions suggested "tasty," as in savoury and others didn't seem to care. Onelook gives you one page with a listing of 27 different dictionary definitions for the same word - and I thought that I was a "word-o-phile" or is that "weird-o-phile" :)

Now this is 8:30 in the morning and I am rushing around trying to put together a still life shot before my husband comes down for breakfast, because he thinks that I'm a little nuts anyway. Here is savoury - 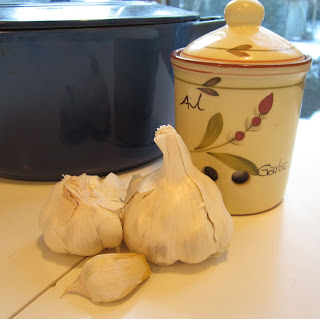 Then I rushed around some more because I needed "sweet," just in case. I decided that I could photograph a teacup from my mother that I had kept and never used, but really liked. Fortunately there were 2 teacups because the first one had a crack in it, which I hadn't noticed and it leaked tea all over the counter. After a quick clean up, I was onto the cookies. I don't keep cookies in the house, but I did have a few left over from a Christmas a while ago - (mental note - clean out the cupboards), so here is sweet. 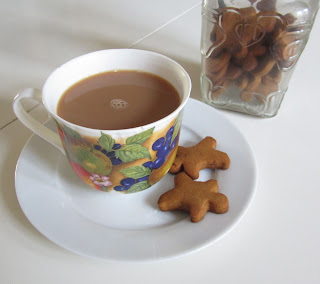 I improvised a saucer and got both pictures taken before my husband came in with the paper. Whew!! I know, I really am a little crazy :)

Have a wonderful day!!
Posted by Carol Tomany at 9:40 AM