Ok I want to know who compiles all this data. This is day 33 in the 2013 blog a day challenge and as I was looking for a blog topic, I thought why not write about the significance of the number 33. Why not indeed.  Here is more information than you ever want to know about the number 33.

1. In Mathmatics it's a semi prime number and owing to the fact that I know very little about mathematics, I am easily impressed. So when the article associated the number 33 with words such as aliquot, Gaussian, Blum, reprodigit and stormer number, I knew that I was in another world :)

2. In Science
a) 33 is the atomic number of Arsenic. I read Agatha Christie and I knit so I know a lot about Arsenic.
b) There are 33 vertebrae in the human spine. This number has strength!!
c) 33 figures (no pun intended) in a lot of astronomy. I will never be able to look at the night sky again without a calculator - probably should have married an accountant :)

3. In Religion
a) The number appears in the three major religions - Christianity, Judaism and Islam. It is the numerical equivalent of the Star of David, the word Amen and it is important in the arrangement of Islamic prayer beads. Catholics also had a Pope, John Paul I, for 33 days.
b) For Christians in general, Christ died at the age of 33 and completed 33 miracles before his death - a hard act to follow.
c) The highest rite of the Freemasons is 33.  Maybe a little like the meaning of life - 42 - minus 9. I know it has no meaning, maybe a little like secret societies.

4. In Sports
a) There are so many 33's in all the major sports that I have lost count. All I know is that Wayne Gretsky was number 99 - makes you think.

5. In History
a) Events that happened on or near the 33rd parallel of longitude were, the start of the American civil war, the death of FDR and JFK, plus the detonation of several atomic devices, to name a few.

6. In General
a) There are many minor associations with the number, which could be major, if they are close to home for you. The most significant seems to be of a beer in Viet Nam during that war.  Enough said. 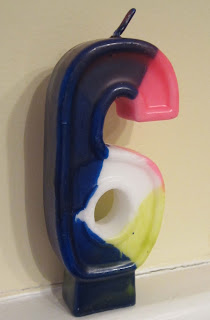