In honour of NaBloPoMo - National Novel Writing Month -  I found a site that has collected some of the "better" worse opening lines of a novel, after "It was a dark and stormy night...."

Since 1982 the English department at San Jose State University has sponsored the Bulwer-Lytton Fiction Contest, a whimsical literary competition that challenges entrants to compose the opening sentence to the worst of all possible novels. Here are this year's winners.

10) "As a scientist, Throckmorton knew that if he were ever to break wind in the echo chamber he would never hear the end of it."
9) "Just beyond the Narrows the river widens."
8) "With a curvaceous figure that Venus would have envied, a tanned, unblemished oval face framed with lustrous thick brown hair, deep azure-blue eyes fringed with long black lashes, perfect teeth that vied for competition, and a small straight nose, Marilee had a beauty that defied description."
7) "Andre, a simple peasant, had only one thing on his mind as he crept along the east wall: "Andre creep ... Andre creep ... Andre creep."
6) "Stanislaus Smedley, a man always on the cutting edge of narcissism, was about to give his body and soul to a back alley sex change surgeon to become the woman he loved."
5) "Although Sarah had an abnormal fear of mice, it did not keep her from eking out a living at a local pet store."
4) "Stanley looked quite bored and somewhat detached, but then penguins often do."
3) "Like an overripe beefsteak tomato rimmed with cottage cheese, the corpulent remains of Santa Claus lay dead on the hotel floor."
2) "Mike Hardware was the kind of private eye who didn't know the meaning of the word "fear," a man who could laugh in the face of danger and spit in the eye of death -- in short, a moron with suicidal tendencies."

1) "The sun oozed over the horizon, shoved aside darkness, crept along the green sward, and, with sickly fingers, pushed through the castle window, revealing the pillaged princess, hand at throat, crown asunder, gaping in frenzied horror at the sated, sodden amphibian lying beside her, disbelieving the magnitude of the frog's deception, screaming madly, "You lied!"

and some of the best!!

“Happy families are all alike; every unhappy family is unhappy in its own way.” — Anna Karenina – Leo Tolstoy

“It was a bright cold day in April, and the clocks were striking thirteen.” — 1984 – George Orwell


"It is a truth universally acknowledged, that a single man in possession of a good fortune, must be in want of a wife.” — Pride and Prejudice – Jane Austin

"There was a boy called Eustace Clarence Scrubb, and he almost deserved it.” — Voyage of the Dawn Treader – C. S. Lewis

“I, Tiberius Claudius Drusus Nero Germanicus This-that-and-the-other (for I shall not trouble you yet with all my titles) who was once, and not so long ago either, known to my friends and relatives and associates as “Claudius the Idiot,” or “That Claudius,” or “Claudius the Stammerer,” or “Clau-Clau-Claudius” or at best as “Poor Uncle Claudius,” am now about to write this strange history of my life; starting from my earliest childhood and continuing year by year until I reach the fateful point of change where, some eight years ago, at the age of fifty-one, I suddenly found myself caught in what I may call the “golden predicament” from which I have never since become disentangled.” — I, Claudius – Robert Graves

You can find more here.

And from the ones I have read and loved -

"A few miles south of Solidad the Salinas river drops in close to the hillside bank and runs deep and green."
Of Mice and Men - John Steinbeck

"He was an old man who fished alone in a skiff in the Gulf Stream and he had gone eighty-four days now without taking a fish." The Old Man and the Sea - Ernest Hemingway

"I can see by my watch, without taking my hand from the left grip of the cycle, that it is eight-thirty in the morning."  Zen and the Art of Motorcycle Maintenance - Robert M. Persig

"1802 - I have just returned from a visit to my landlord - the solitary neighbour that I shall be troubled with." Wuthering Heights - Emily Bronte

"It was love at first sight. The first time Yossarian saw the chaplain he fell madly in love with him."
Catch-22 - Joseph Heller.

I thought that I would just give a little impetus to anyone out there who maybe contemplating the challenge. 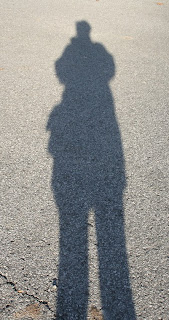 And it case you need a picture. Please post your own favourite first lines.  Here's a site that lists many.


Have an inspiring day!!
Posted by Carol Tomany at 8:45 PM