Here are a few more photos from Nuit Blanche 2012.  I think that it could also be called Nuit Rouge or Nuit Bleu.  It's the lights on all night that make it. 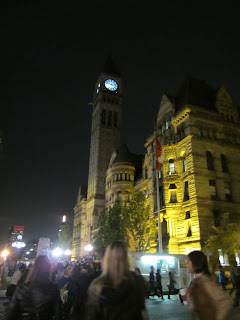 Above is Toronto's old city hall.  Below is a display in one of the windows of the AGO.  I think that it speaks to my theme of a journey. It's a little like a "trunk show" :)  This gave me an idea, though.  If the Art Gallery can mount a display of old suitcases, I should be able to do something with all this "stuff" that I have collected over the years.  I'll have to think about it. 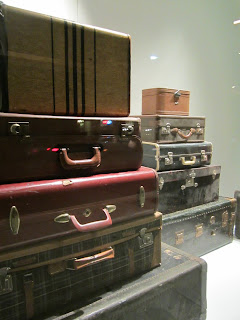 One for Nuit Rouge. 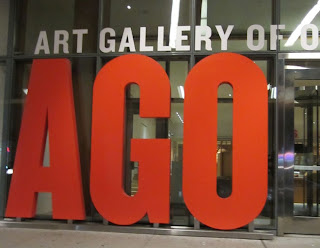 and one for OCAD 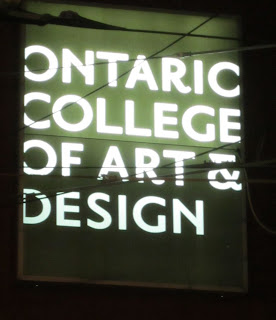 And the end of the evening taken from the car.  Adieu again until next year, hopefully. 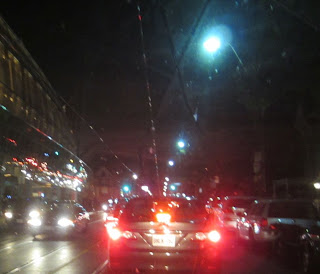 Have a red letter day!!
Posted by Carol Tomany at 7:11 AM