The winds of change are....

........blowing.  I have been reading books about journeys.  I have been talking about journeys.  My husband last night said that there was a walking trail along the Amalfi coast - another journey to add to my list. I get "antsy" when the seasons change. I usually turn this energy into much needed cleaning power and scour the house.

I can usually tell how far along I am in the process of change by how much I have given away, recycled or just plain thrown out.  I am obviously not that far along, because I haven't tossed anything yet.  However,  I have been clicking on Facebook posts that lead me to bucket lists.  Some things on these lists I would never do, such as "sky diving" and some of these things I have done in spades, like "knit a scarf." There are others that I find entertaining and maybe I would even entertain the idea of doing them, such as, Act in a film, Win a lucky draw or Lose weight.

Now acting in a film would require getting a listing with a agent as an extra or something like that, so this wouldn't be too difficult and if you had to sit around a long time before your "part" you could always knit. However, there would be all the chaos of the shoot and long periods of boredom after the novelty of knitting wore off,  for just one moment of glory!!!  Maybe.....

Now I've tried winning a lucky draw and it didn't work.  Unfortunately, there isn't much skill to it; but there is a lot of money, if you buy lottery tickets.  Even if you enter draws that are "free," you have to enter a lot of them and this takes time and time is money. 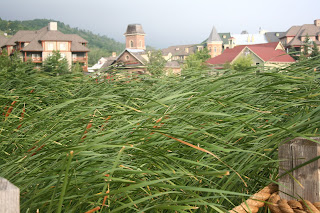 When the Winds of Change Blow, Some people build Walls -While Others Build Windmills…. Remember We cannot change the direction of the Wind,  But we can always adjust our sails…. Rashika Jain.
Now where is that rotor blade?  I'll keep you posted.
Have an inspiring day!!