There is something incredibly awesome about this place.  There are no mountains - just high land and lake - huge lake and rock - so much rock that you wonder if there is anything else except rock and trees and water. 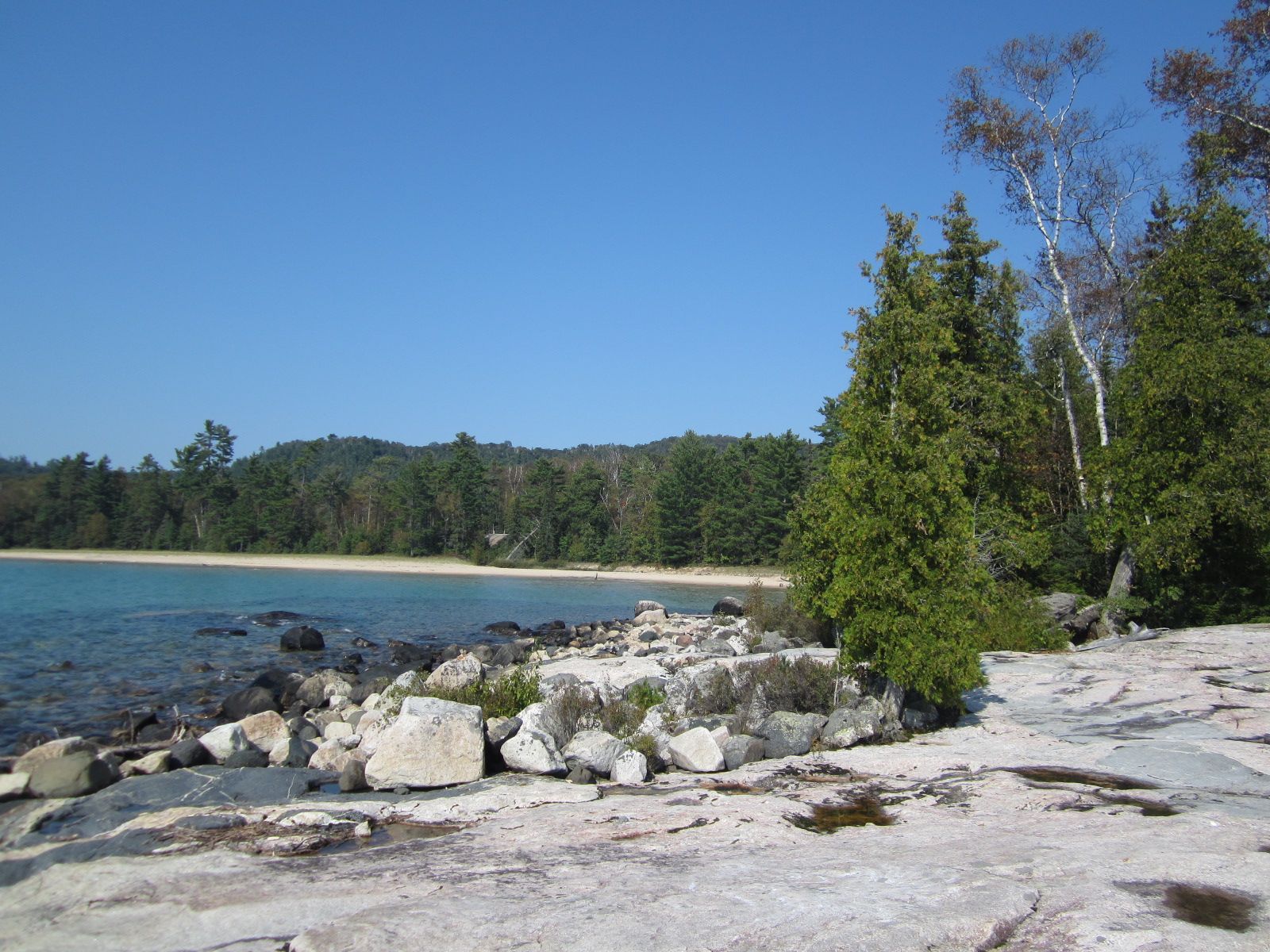 It was when I went to see the pictographs that I realized what else was here. Something you couldn't actually see - just feel. There were the spirits - the ancient spirits of the first people. Spirits who inhabited the water, the rocks and the trees - powerful gods that could be fickle when angered. And then there were the souls of the ancestors, the ones who created the myths, recorded in the pictographs; as well as the coastal footpaths we were on.

It was eerie and enriching at the same time. Here is a rock face similar to the one used for the pictograph.  I couldn't take a picture of that one because in spite of climbing down 3 "flights" of stone "steps," I still had to walk out on slippery rocks that were at a 45 degree angle into the lake. I was wearing sandals.  I will go back with better footwear! 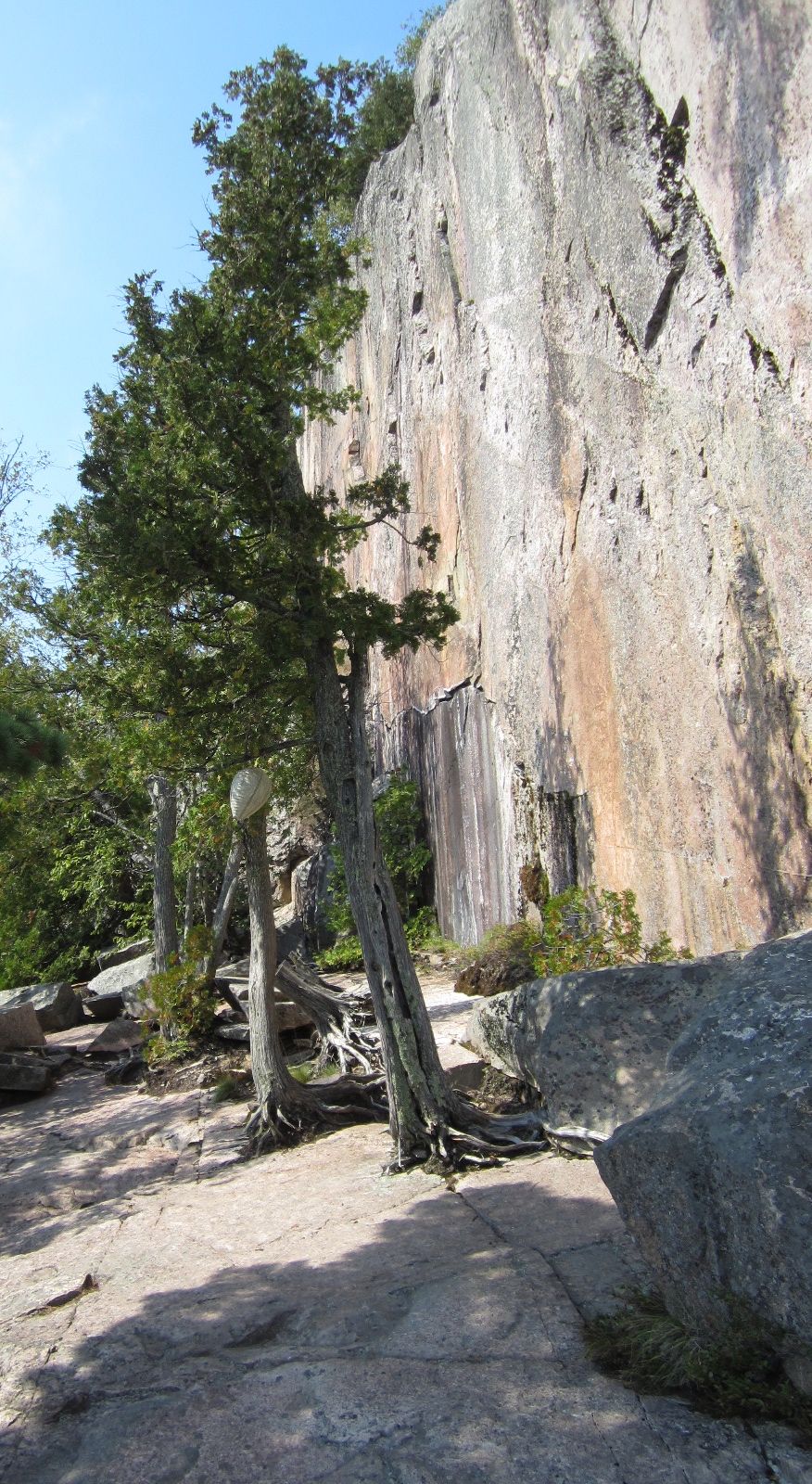 One of the flights of stairs. 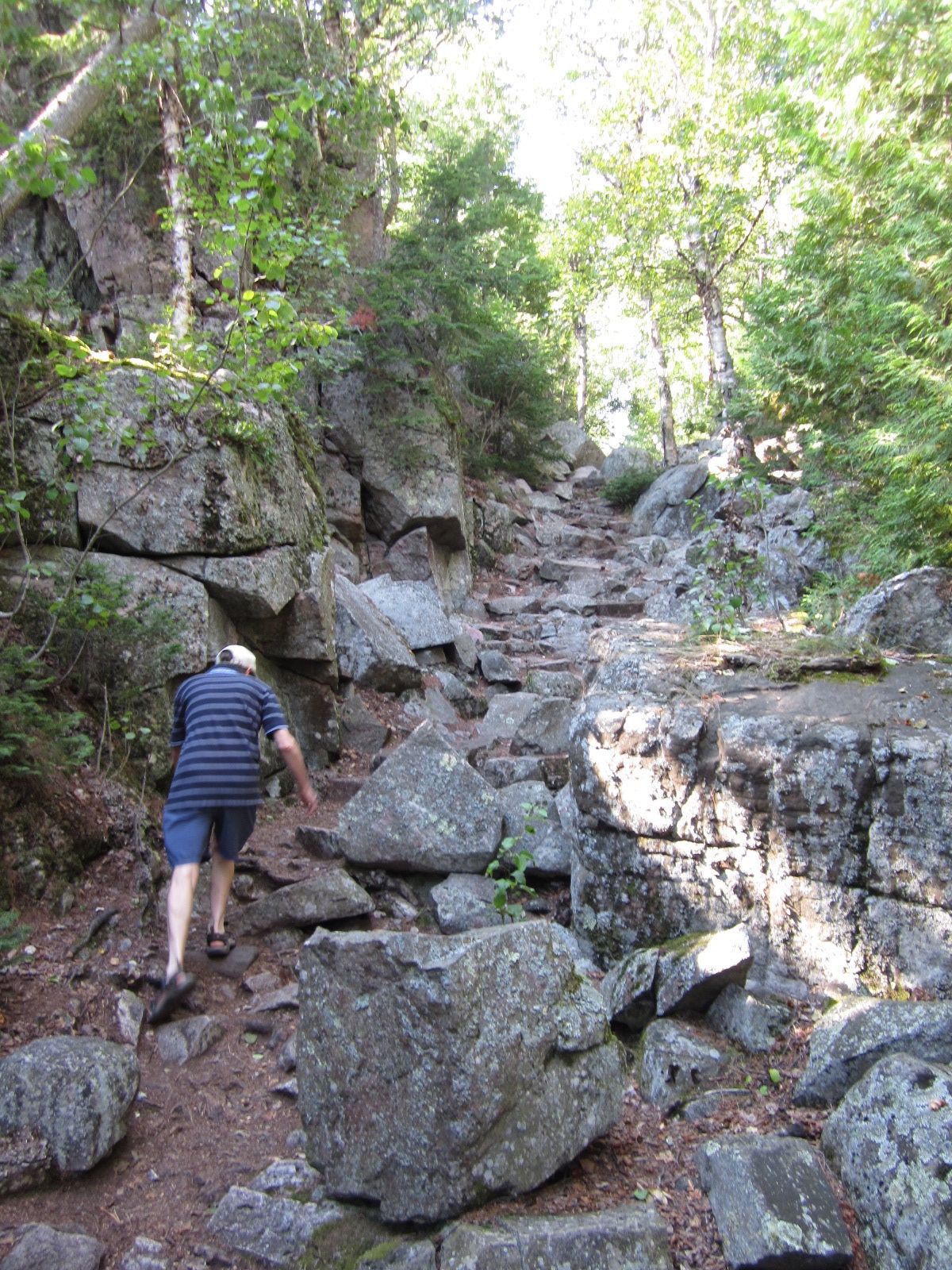 Look deep into nature, and then you will understand everything better. Albert Einstein. 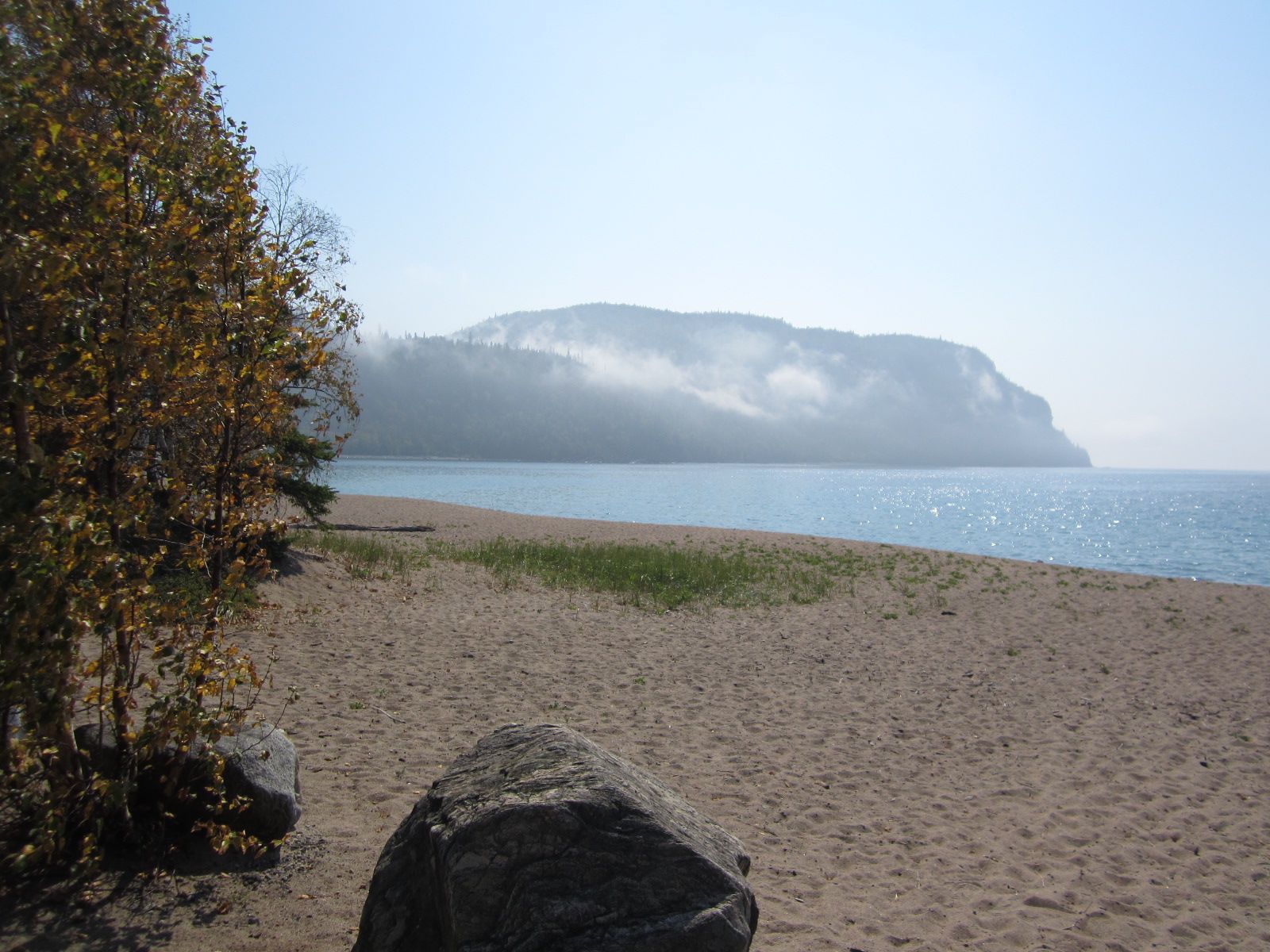 Have an awesome day