I'm just back from Woodstock, which I have re-named WOWstock because of the fabulous time we had there. First the organizers of the festival are just the nicest people - friendly, helpful and appreciative!! Secondly the show has a real "down home" feel about it. It feels like a festival for fleece.  There were fleeces of every kind and spinning wheels and animals and real food made by real people....I had oatmeal for breakfast!!

Here are some pictures. 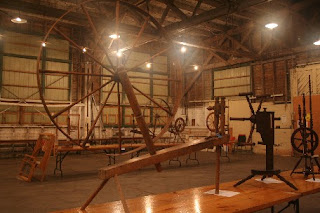 This is the barn that housed the animals, but it also had old spinning equipment for sale.  This is 6:00AM - before the oatmeal. 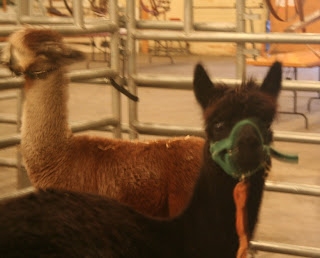 This is the best I could do for the llamas, I think.  Alpacas are bigger aren't they? or they could be babies.  Anyway, all the animals were penned so I had to take pictures through bars - metal bars that is. 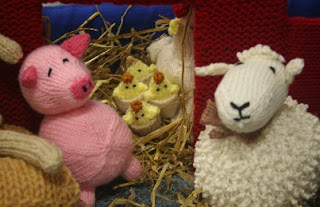 It was a knitting and spinning show with booths for rug hooking, weaving, basketry and other related crafts.  I couldn't resist this one or this one 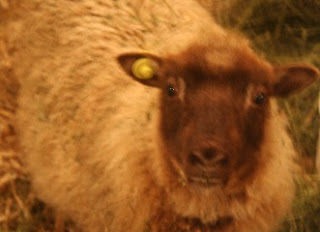 The picture is a little fuzzy but I think that he looks even woollier.  All in all it was a great show.  It will be the weekend after Canadian Thanksgiving next year. Think of booking it.